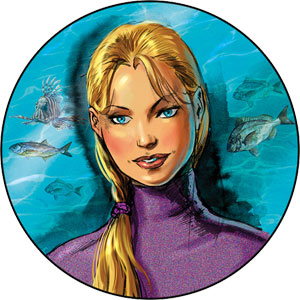 The brave, yet tortured heroine of the saga. Alany-El, whose name means "Princess of God", is royalty both in a spiritual sense and in her bloodline ancestry. She is the daughter of noble Welsh Lord Robert de Tany, whose noted family name can be traced back to early Middle-Age Britain and the beautiful and fierce Scythian Princess Nyala, a daughter of the Royal Scythian line. After being brutally attacked as a young girl by a savage Ariyel or "Lion-Like" Nephal on a battlefield near the Sea of Azov, Alany's blood is immediately infected with Lion-Lycanthropy, which infuses her with super-human Nephal-class strength, speed, quickness and agility as well as the unrestricted terrible blood-lust that vexes her whenever the moon weeps blood. She is chosen, trained and anointed by God as Moon-Hunter. Her sacred mission to seek out, uncover, hunt down and slay the wicked Nephilim who interact among human society. To vanquish these evil beasts of old who relentlessly strive to control and utterly corrupt the blood line of Adam, for whom the Messiah Jesus Christ came to earth and died for. 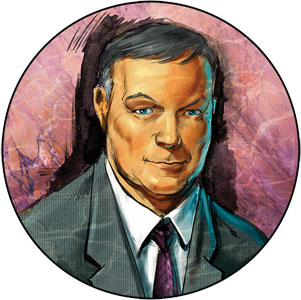 Distinguished elderly agent who works with The Lords of London Insurance Agency. Bob is in the process of insuring Alany-El's new ultra-modern restaurant the Aquamarine before the grand opening. 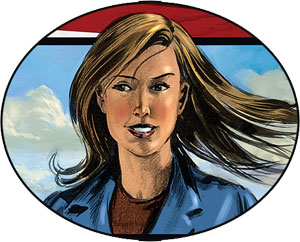 Feisty yet frustrated American photo-journalist and reporter working for the London Lion newspaper. As fate would dictate, Monique snaps the one and only picture ever taken of Luna as the heroine speeds away from Drake's demolished pub. 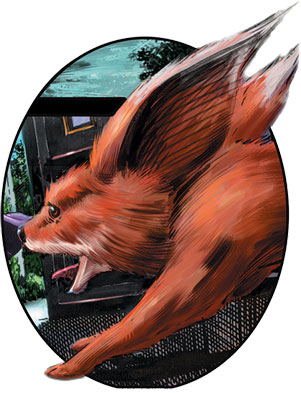 Alany's baby fox who lives at her Arundel estate in West Sussex, England. 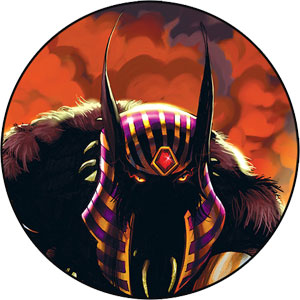 The awesome giant 25-foot Nephal-Werewolf of great prowess and sinister cunning, dreaded the world over from eons past. Satan's champion, the Son of Anpu or Anubis, a chief devil and the Lord of the Dead. Matchless in might. Unrivaled in power and uncontested in authority, Vastar leads and commands all other Nephilim as well as the dark Neuri armies that serve and worship him as the demigod that he truly is. Vastar is the first and foremost of all shape-shifters, the undisputed King of werewolves. He who brings the Diadem of Doom upon his Nemes headdress. One whose mighty will and wicked spirit is so potently powerful that he has survived since the Antediluvian-Age, even possessing and usurping the physical forms of other Nephilim if he so deems. He who has never been defeated in battle, and thus sur-named the Unconquerable. 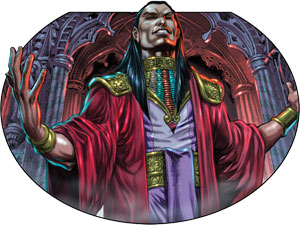 A mysterious tycoon without peer and Chairman of the Board of the global conglomerate Shinar One. Sha'tan's past is unknown. His numerous companies produce and supply more than 35% of the world's gross products and services with his global headquarters being the Shinar One "Tower of Light", located in the famed St. James Park in the very heart of London. His economic resources, political allies, state-of-the-art research facilities, charitable organizations and overall influence upon all societies the world over is second-to-none. A man whose knowledge and wisdom is revered and whose charisma is unparalleled. One who can move the hearts of millions with his elegant and authoritative speech and demeanor. The man who seems to create order from chaos, peace from war; the one who is the bringer of the "light of reason" to all mankind. 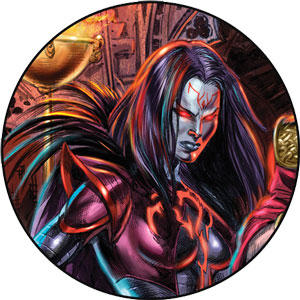 A evil high-witch possessing frightening power, whose full prowess are hereunto quite unknown. Her name is derived from the Hebrew word shav', which means "vanity," "emptiness," "falsehood," "nothingness," "emptiness of speech," "lying" and "worthlessness (of conduct)" – see Strong's #07723. She is the physical personification of the Whore of Babylon, representing all false worship and false religions devoted to false gods. Deadly in mindset and lethal in her methods, Shav'a is totally devoted to her master Voosh Sha'ton, displaying a deep knowledge of sinister spells and dark magick that can only come from the forbidden intimacy with demons and devils. She is Luna's complete counterpart, representing the Bride of the Anti-Christ or False Messiah, whereas Luna represents the Bride of Yeshua (Jesus), the One and True Messiah. 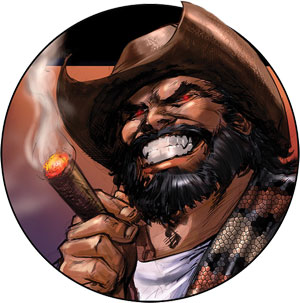 A 9-foot plus, 600 pound Gibborim (offspring of a Nephal) giant who owns "Big Daddy D's", the one and only American football themed pup in all of London. Drake is the undisputed "King Cobra" of the world's drug trade, the absolute embodiment of a rude, crude, lewd and very deadly dude. He sits haughtily in his throne-like chair surround by his five drug lords and a myriad of beautiful scantily dressed cowgirls, seemly without any care in the world whatsoever. That is, until the Moon-Hunter strides into his presence. 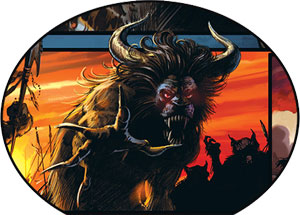 A dark and horrible "Lion-Like" evil beast whose personal name is unknown at this time, savagely assaults Alany when she is only 8 years of age, infecting her with the lamentable Lion-Lycanthropy. A terrible disease which vexes her without mercy when the moon weeps blood and the Lunar-Fever explodes throughout her entire body. 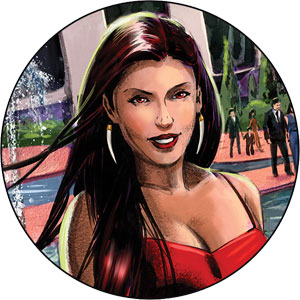 A darkly beautiful female reporter who seems to have some sinister underlying aspect to her persona. Haughty and high-minded beyond compare.